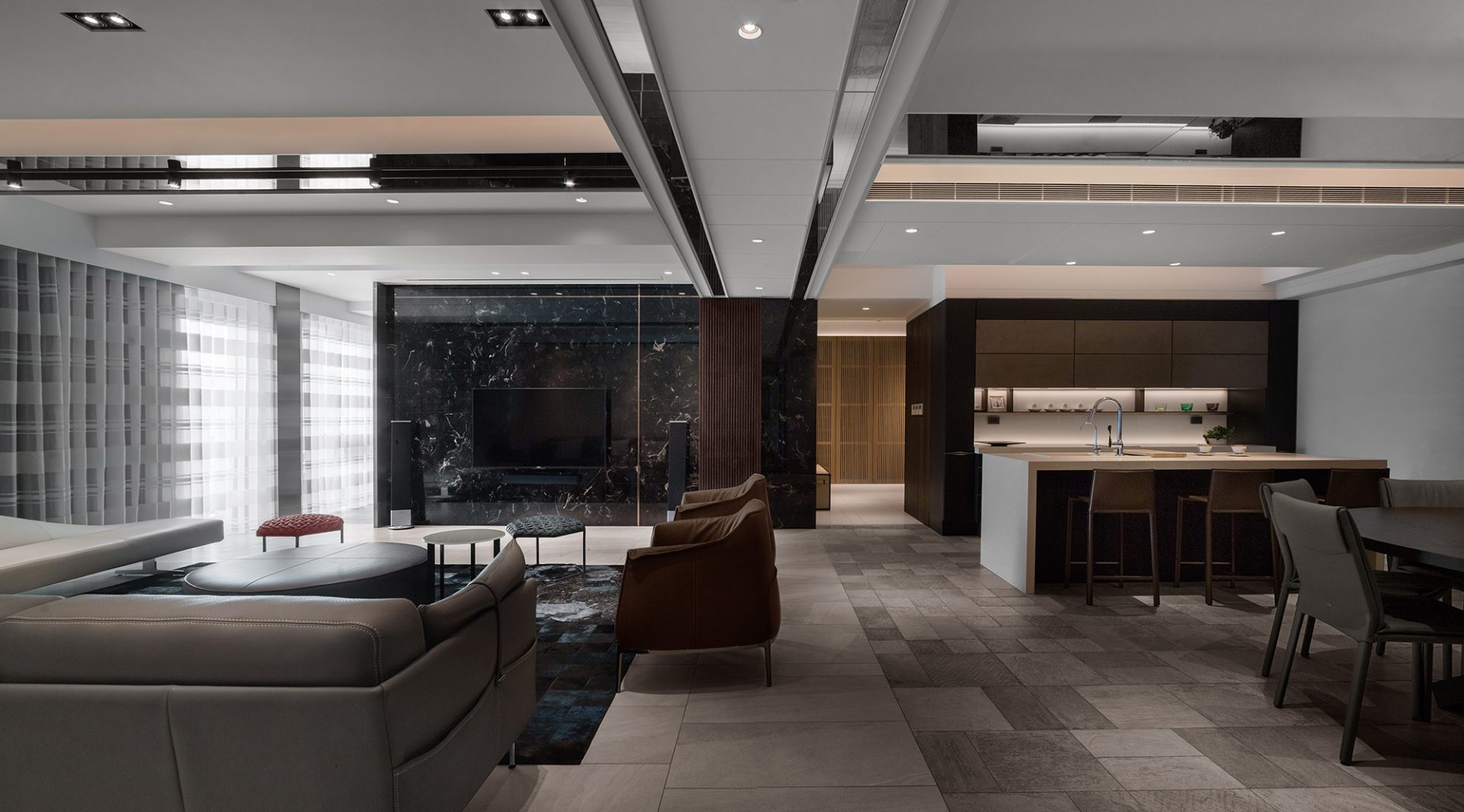 design et al are delighted to announce that Snuper Design have been shortlisted for Interior Design Scheme – Asia Pacific Award within The International Design and Architecture Awards 2018.

The architects revisited the classical concept of vault ceilings for extending the visual frame so that visually layered space is transformed into an individual space. The architectural term, vault, is used to describe an arched form which is used to provide a bigger space with a vaulted ceiling or roof. It is the interplay of colours, lines, streaks, proportion, light, shadows, and different materials’ temperatures.

Snuper Design Inc. believe that the key aspect of the project was making use of large-size leather and stacked bricks to form the image of the main wall, which resembles a dialogue of colours and lines, an interplay of the cold and warm, and hard and soft. Snuper Design Inc. maintain that the design of this project worked so well due to the team work by specialization. The design department had to work closely with the construction department and the decoration department, so that together they could perfectly transform the design concept into a real house.

The architectural style of this project has helped to create an open public area. The comfortable living space also features windows designed for viewing the greenery outside of the open space, formed by connecting the study and living rooms. During the long design process, Snuper Design Inc. had been exploring the concept of “eternal vision”. Snuper Design’s concept aimed to be timeless or, as they say, frozen in the “instant eternity” which is neither new nor old, neither appealing nor ugly. Instead, it is an equilibrium, a unique beauty only achievable through the refining of long period of time.