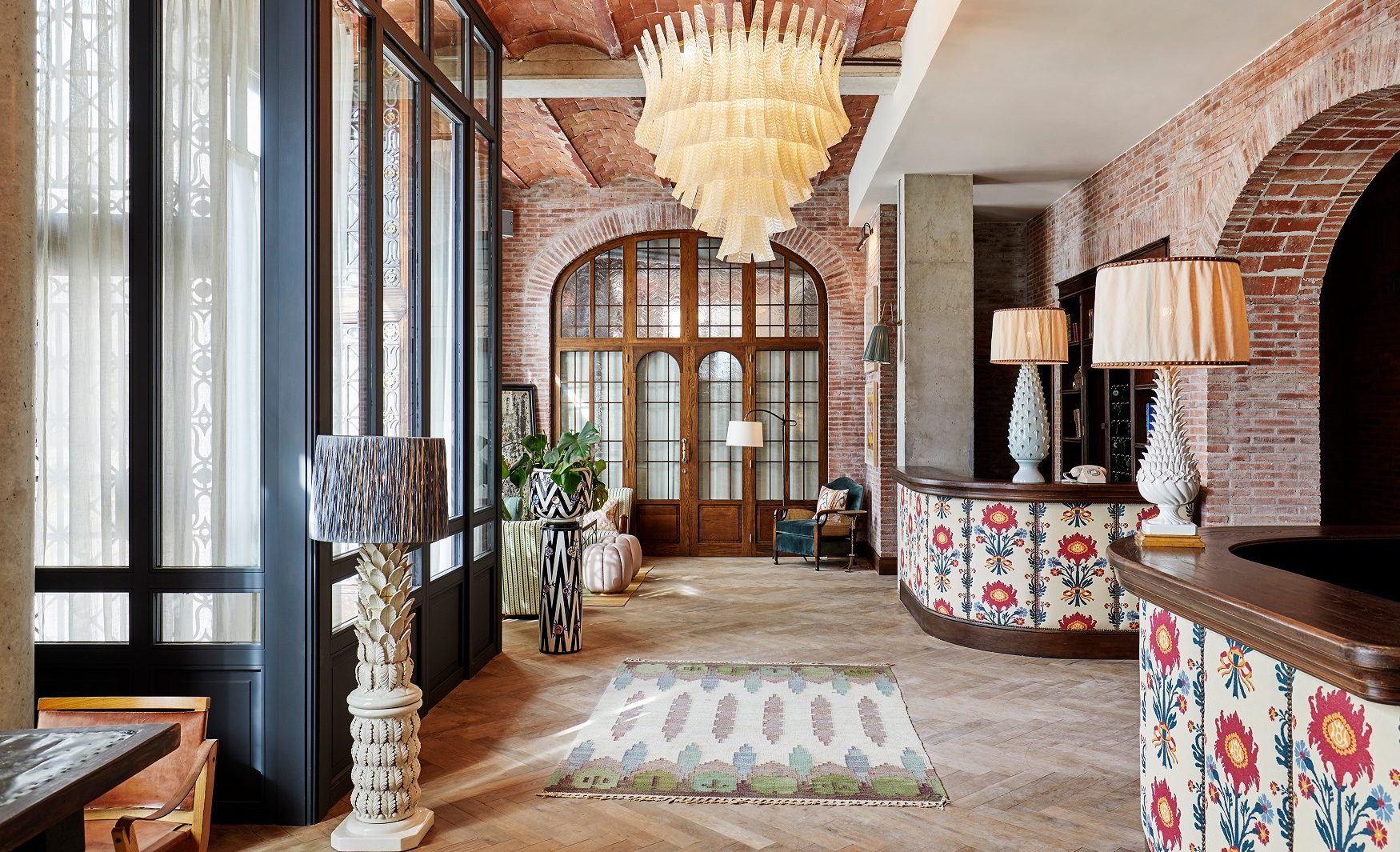 design et al are delighted to announce that Soho House Design have been shortlisted for Hotel Under 200 Rooms – Europe Award in The International Hotel and Property Awards 2018.

Soho House Barcelona is a private members club with 57 hotel bedrooms located in Barcelona’s Gothic quarter. The 8000 square meter building includes club space over 2 floors, a 30-seat screening room and rooftop pool. The space also boasts a cowshed spa with indoor pool and 550 square meter gym and spinning studio. Soho House Barcelona’s design inspiration began with the listed pink facade and central light well. Originally a 19th Century apartment block, the building had many features the design team were able to restore, including the building’s beautiful doors and the old terracotta roof tiles, whilst also using inspiration from the Catalan region and surrounding vibrant area and energy of the local people.

It is the strong Catalonian influences and inspiration that connects the design from the lobby, the bedrooms through to the rooftop. The design of the pool and club are influenced by Catalonian modernist architecture which can been seen in the mosaic floor on the roof with a more contemporary version on the bespoke bar top in the club. The most distinguishable feature of the House is the terracotta Catalan vaulted ceilings throughout the building. The bedrooms have a more eclectic feel as if the furniture and lighting was collected over time. There is a mix of 19th century panelling with 1920’s Spanish wrought iron beds and contemporary rugs. The sheer amount of stunning bespoke lighting throughout the building makes it stand out. Whether produced by a local Spanish supplier, or a Murano glass chandelier from Italy, the combination of multifaceted lighting is stunning.

Drawing upon design influences from the Catalan region the building has comfortably moulded itself into an intrinsic part of the city. Giving working and living space to not only locals but creative individuals from far and wide. The flow of the space is designed to ensure every area has such a distinct feel and atmosphere to it but remains cohesive. The project successfully combines the old and the new. The juxtaposition of vintage lighting, furniture, and reclaimed materials with the new aspects of the project mean the space feels organic and lived in, as if it has always been part of the city of Barcelona and has developed over time.