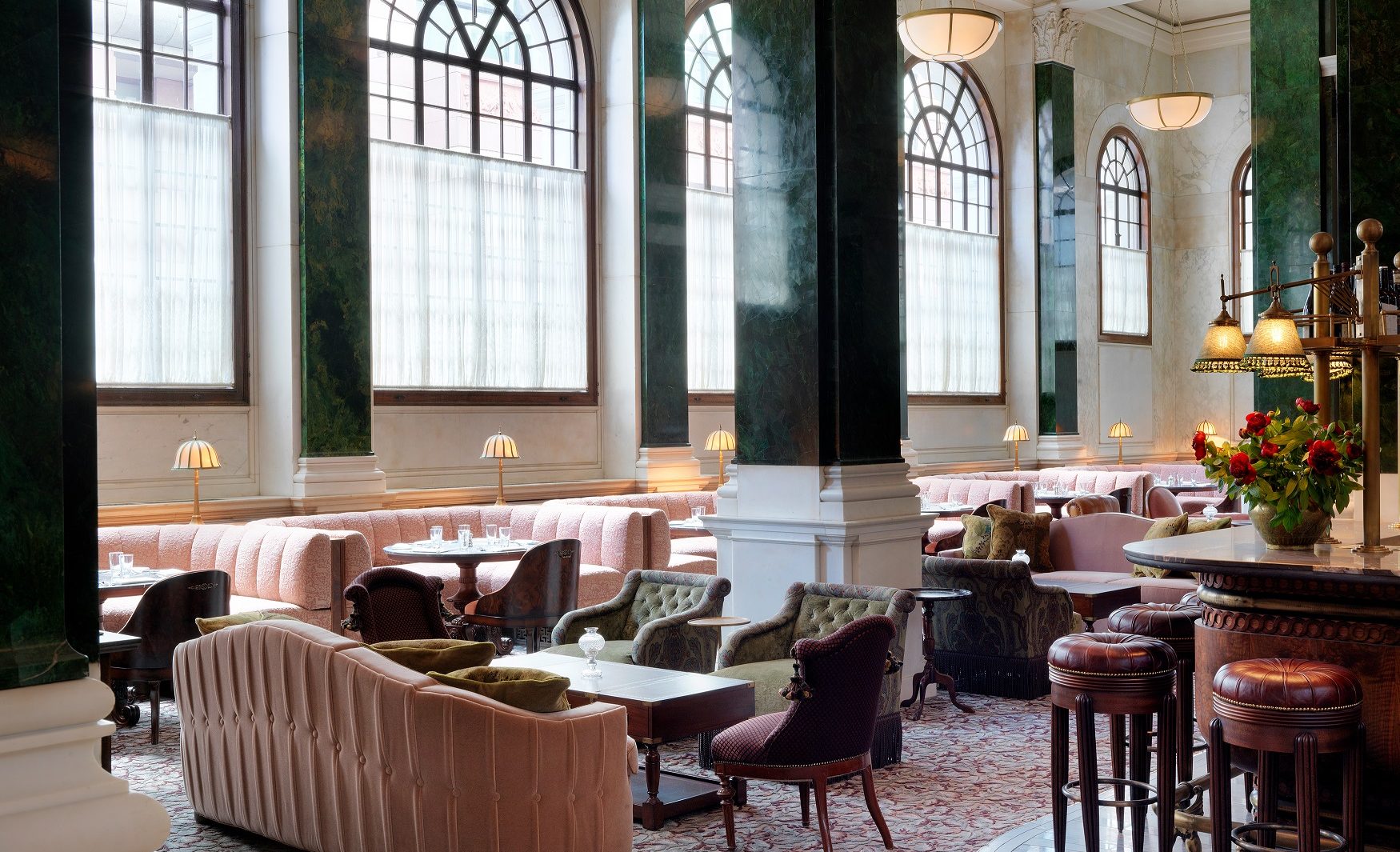 design et al are delighted to announce that Soho House Design have been shortlisted with The Ned for Hotel Over 200 Rooms – Europe Award in The International Hotel and Property Awards 2018.

Behind a 20 tonne, two-meter-wide vault door, the Vault Bar and Lounge is dominated by 3,800 of the Midland Banks original stainless steel safe deposit boxes. The design brief was to create a hide away in the heart of the hotel. The vault is made up of three chambers, two are clad with the steel safe deposit boxes and the third was a concrete vault space that was clad with Pippy oak burl veneer and walnut leather to make the space feel more intimate and warm. A steel panelled basement room with severe geometry would typically feel very cold, so the space was balanced with velvet furnishings and soft lighting, to make it feel like a warm space where members could spend extended amounts of time.

The 252 bedrooms are each designed to represent the hierarchy of a 1930’s bank. A cosy bedroom reflects the sort of place where a mail clerk might live and has a warm feel with Victorian style floral wallpaper and brass beds and a stand out piece, such as a mahogany drum table with leather top. The medium rooms are flashier, with matching Art Deco furniture and pieces that might have been purchased with a junior bankers first bonus. The large bedrooms would have been occupied by a director and are furnished with grand four poster beds and rich fabrics. Huge amounts of vintage pieces were sourced for the guest rooms to add a layer of authenticity and warmth, including mirrors, side tables, slipper chair, ceramics and decorative objects.