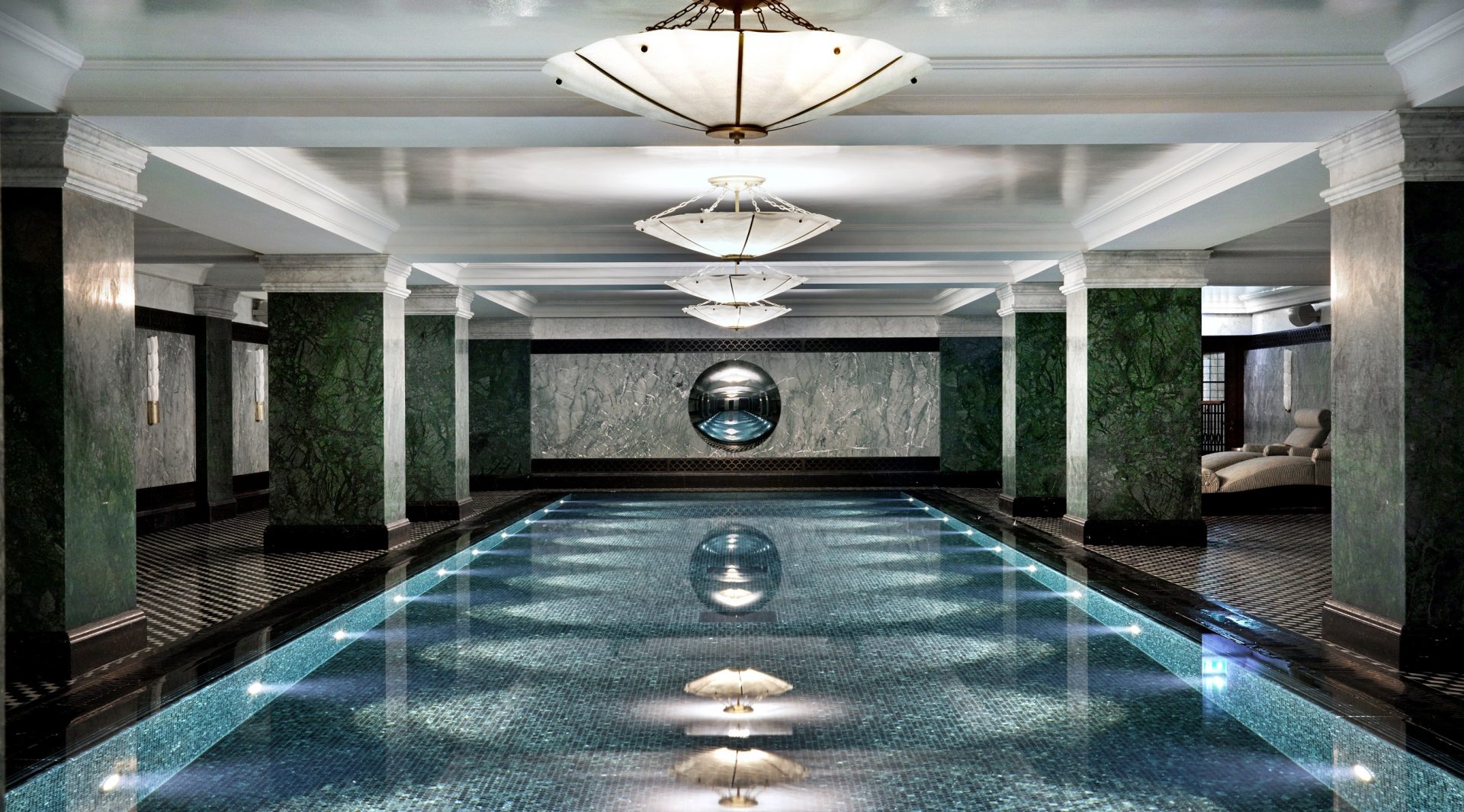 design et al are delighted to announce that Soho House Design have been shortlisted with The Ned for Lobby/Public Areas Award in The International Hotel and Property Awards 2018.

Throughout all stages of the design process, great care was taken that any new interventions and additions were sympathetic to the existing building. The designers trawled the bank’s archives to find out what the bank looked like in the 1930’s heyday. New furniture and joinery were created in the spirit of the era in which the original bank headquarters were constructed, but not rigidly so, with a mind to creating plush yet welcoming spaces. An emphasis on guest comfort was paramount.

In the ground floor, Soho House Design were mindful that the space was originally designed as a place to inspire awe, not for invoking a spirit of frivolity and merriment. The designers wanted to create spaces that felt intimate, whilst still being able to appreciate the scale of the banking hall. The original banking hall counters were a great mechanism for this, as created natural divides for each of the restaurants and bars. The design is altogether different from other hotels, in that it offers an experience in a historic building that extends to the guest rooms. Many urban hotel conversions do not extend the look of the exterior or historic interiors to the new build areas. Guests can check in for the weekend and feel like they’re living in film shot somewhere between the 1890’s and the 1930’s.