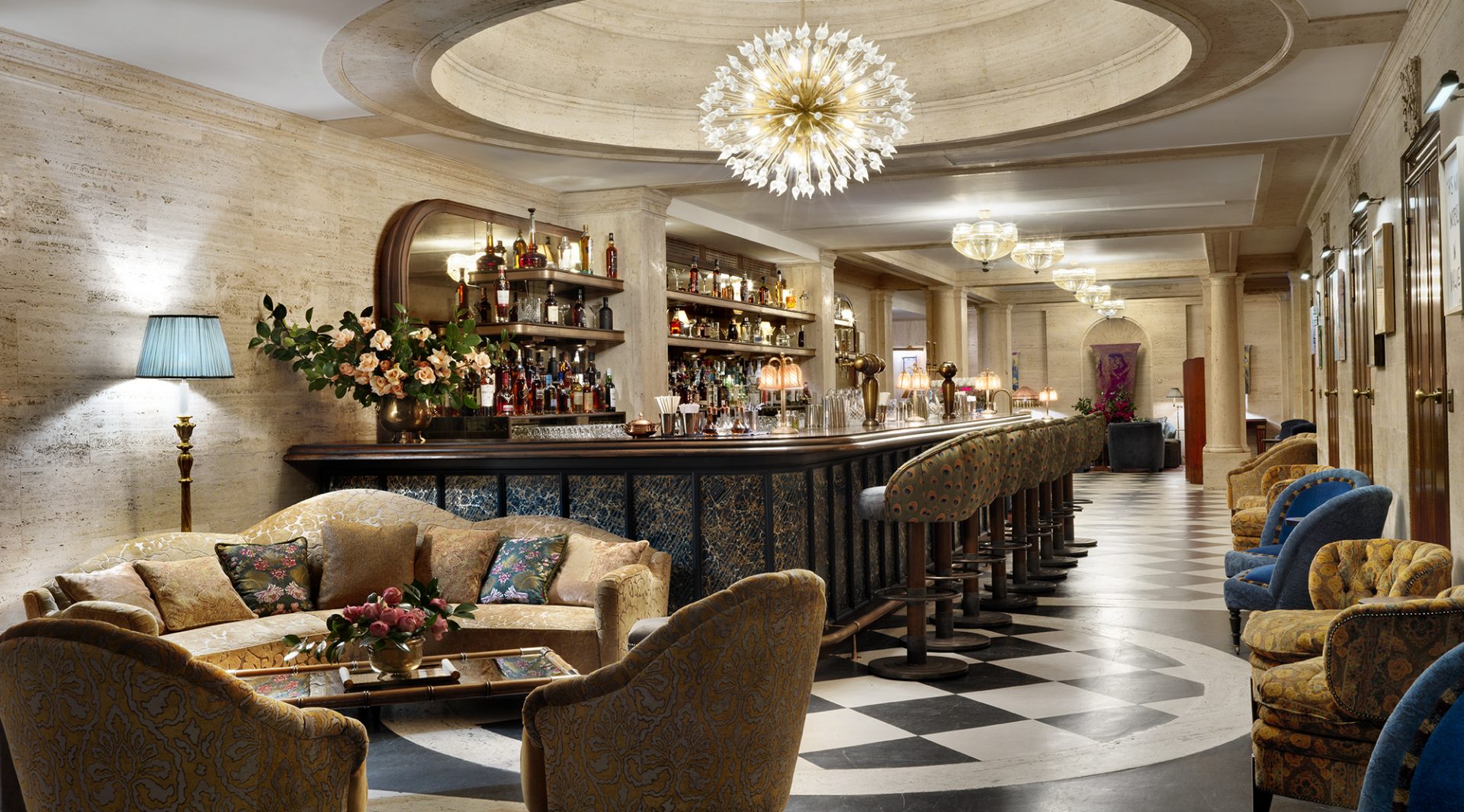 design et al are delighted to announce that Soho House Design have been shortlisted with The Ned for Bar/Club/Lounge – Europe Award in The International Hotel and Property Awards 2018.

The design team started the development of the public areas with the space that was to become Millie’s, developing a visual language that acted as a benchmark for all the other public areas. The rose, dirt-mint and raisin colour scheme of Millie’s was developed exclusively to work with the beautiful 30-foot verdite, marquetried columns that puncture the space. Inspired by the main lounge of the SS Normandie to create seating groups that emphasize intimacy in a grand space. All new joinery within the ground floor would intersect with Lutyen’s masterful columns, walnut screens and stone panelling and had to be designed and fabricated with enough detail and heft to sit adjacent to such impressive architecture. Soho House Design had to fill in layers of texture and furniture at the human scale to make the space hospitable, welcoming, and comfortable.

Behind a 20 tonne, two-meter-wide vault door, the Vault Bar and Lounge is dominated by 3,800 of the Midland Banks original stainless steel safe deposit boxes. The design brief was to create a hide away in the heart of the hotel. The vault is made up of three chambers, two are clad with the steel safe deposit boxes and the third was a concrete vault space that was clad with Pippy oak burl veneer and walnut leather to make the space feel more intimate and warm. A steel panelled basement room with severe geometry would typically feel very cold, so the space was balanced with velvet furnishings and soft lighting, to make it feel like a warm space where members could spend extended amounts of time.

As the 8 restaurants on the ground floor sit within the original banking hall, the team had to creatively plan spaces to include and reuse the original wooden banking hall counters as all interventions had to be approved by the heritage officers. The interior of the banking hall was designed to impress and overwhelm the customers with the power of the institution and the 30 ft ceiling height. Through the thoughtful design this overwhelmingly grand space has maintained its impact whilst now housing 8 individual restaurants each with their own atmosphere and personality. The greatest success in this space is that it has atmosphere when empty as well as filled with 700 guests.