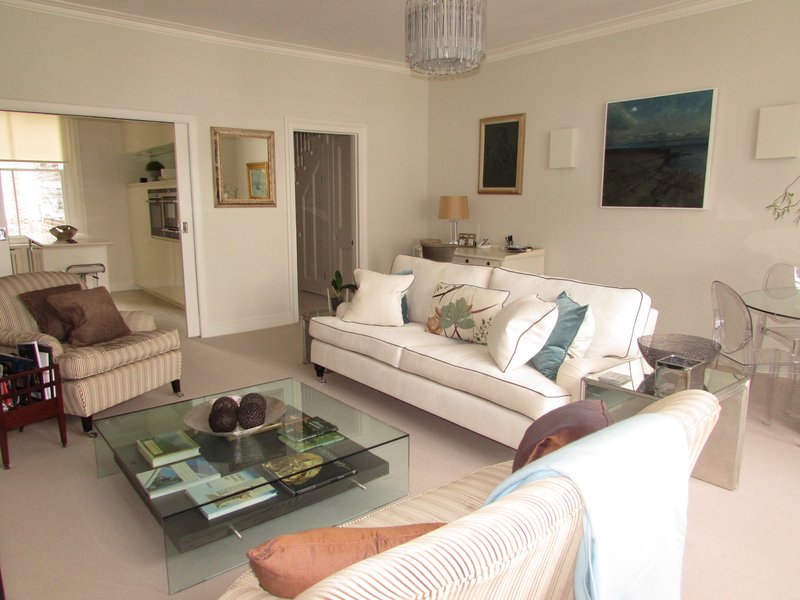 design et al are delighted to announce that Spiering & Co have been shortlisted in the ID&A awards 2015 for the Residential £1-2.5 Million Project Value Award.

The designers originally sourced this flat, sight unseen by a regular overseas client, who was looking for a pied a terre in London. In just three weeks the flat was sourced, and within a further two it had exchanged. This very special project boasts spectacular views over Kensington Palace.

It is unusual to be able to find one of these beautiful white stucco Kensington houses divided only into two flats. They are usually kept as a house or divided into four flats, so having the width and 2 whole floors to play with, Spiering & Co were really able to get creative. The floor plan was changed so that the reception room benefited from a dual aspect, as they moved the kitchen opening to install glazed sliding doors that separate the two. Both the Master bedroom and 2nd bedroom remained the same structurally, they just needed some serious cosmetic attention.

Upstairs as it was originally necessary to walk through a shower room to gain access to the roof terrace, the designers stole some of the space from the large master en suite and created what looks like a cupboard in the guest bedroom but is actually a shower, liberating the space to walk out onto the roof and creating a small study. The design works well as the day to day ergonomics now flow seamlessly throughout both floors, whereas before bathrooms led to balconies. The natural light in the property is spectacular so by opening up the 2nd floor not only did they maximize this but they also added a contemporary slant to this classical property.