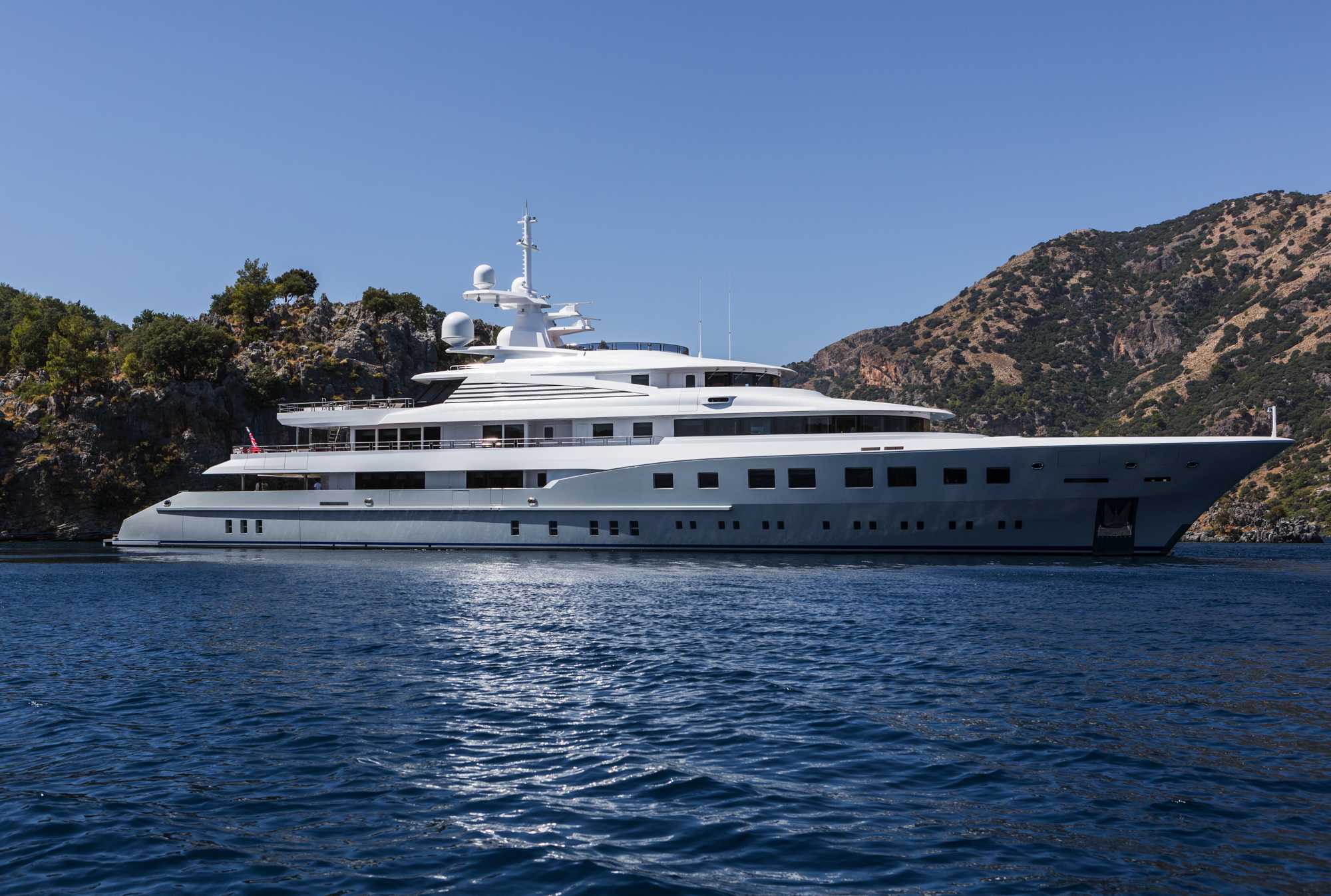 Sterling Scott Yacht Design have reached the shortlist for The International Yacht & Aviation Awards 2014 – for a second time!  Their project, Axioma, will enter the Power Yacht over 50 metre category.

Axioma was designed with exceptional attention to detail in order to launch shipyard Dunya Yachts and Sterling Scott. Dunya Yachts ensured that the finish of the yacht was perfected so that the exterior and interior designers influences were brought to full fruition. Together new comers Dunya and Sterling Scott teamed up with the now late Alberto Pinto. This unity made the yacht what is now known in history, to be the yacht that surprised and far exceeded everyone’s expectations for the future years to come.

Along with the long, flowing lines, each deck and brow is angled and chiselled like a beautifully crafted diamond cut for a glamorous women. She is a yacht with an emphasis on lifestyle, boasting toys throughout the full beam garage that has massive shell doors opening both port and starboard. Other highlights include a large private gym with spa facilities, an outdoor bar and an exquisite cinema room. On the exterior decks there is a large sun deck on top deck, a jacuzzi deck a pool deck, a closed private owner’s deck and a generous fold out pool deck. The owner’s and guest’s cabins and en-suites are decorated superbly, highlighted with the massive unblocked windows and a skylight in the owner’s suite. The VIP cabin is a masterpiece, on this yacht with her vast windows and luxurious layout.

Some might say this design works so well because, when there is a team of people drawn together for one reason and one passion and there is much contemplation, study and assessment on one market, then all these factors unify when a design or a designer is selected for the privilege of designing a yacht of this significance. All involved understand and respect the facts and appreciate being a part of it.