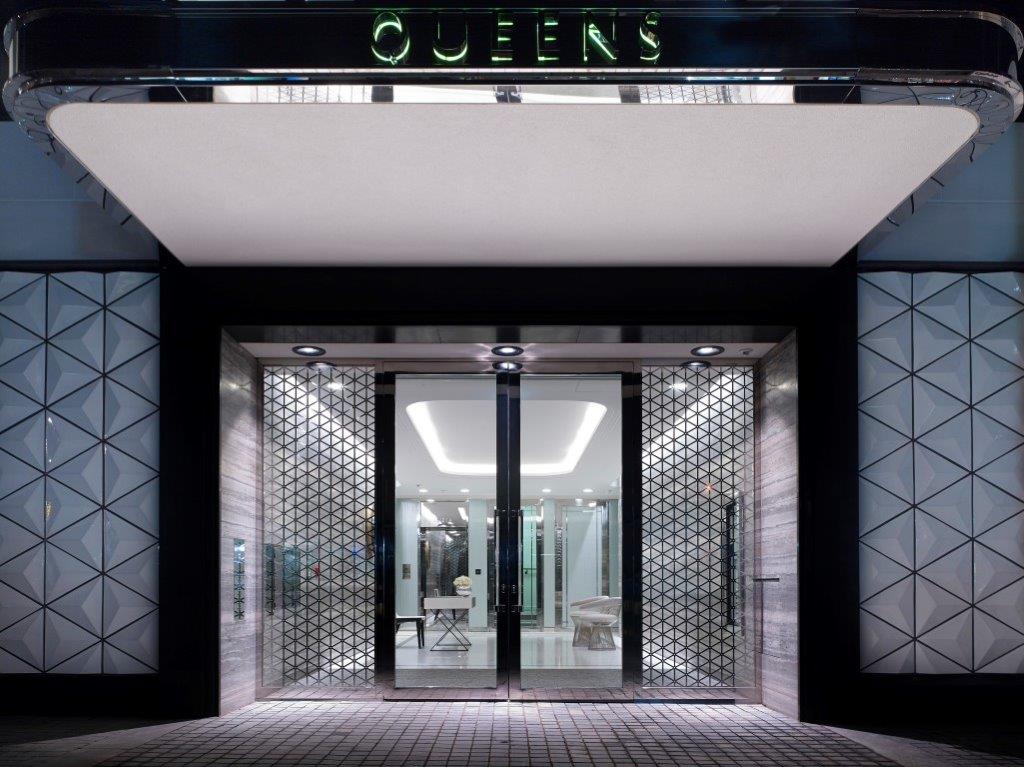 design et al are delighted to announce the successful shortlist for Stiff + Trevillion in the ID&A awards 2015 for the Regeneration Award.

Queens is a fresh and contemporary five-story building which retains the existing facade of an old cinema, while new elevations have been designed to compliment the art deco styling.

Sixteen apartments have been created above the ground floor retail space. Derwent London have until now, been developers of office buildings. This was a departure for them so the project needed to be something very special and unusual. The building itself was interesting and held vestiges of its past life as an art deco cinema originally designed by J. Stanley & Clare in 1932. Rather than demolishing the building in its entirety, this art deco facade acted as a starting point for the design and inspiration and the facade was retained and refurbished, which included horizontal banding of bespoke glazed terracotta.

Attention to detail has been extended into all areas of this building. The building now forms an important part of the regeneration of this particular area.