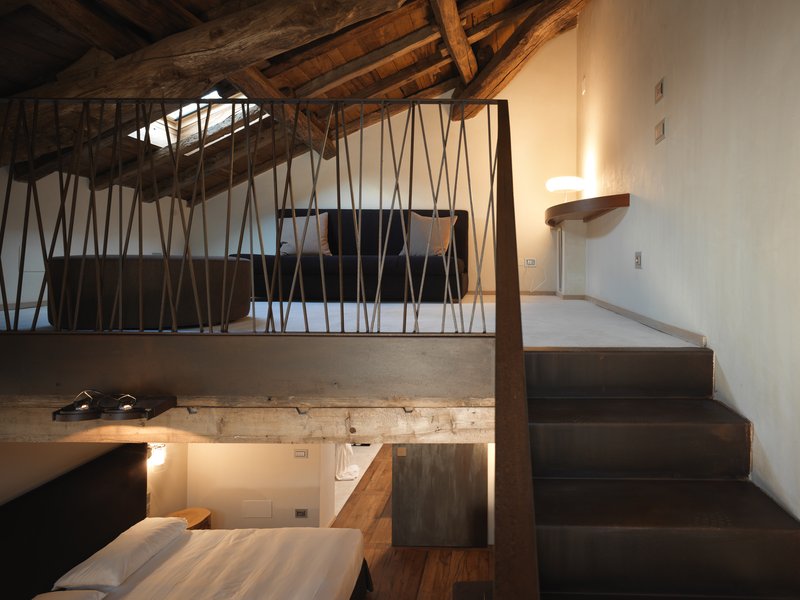 Studio Tesei are Shortlisted for the Hotel Suite (Europe) Award

design et al are pleased to announce that Studio Tesei have also been shortlisted in this years IH&P Awards for the Hotel Suite (Europe) Award.

The Hotel Mulino Grande is the result of the transformation of a Sixteenth Century water Mill within the Agricultural South Park of Milan. The project involves both contemporary design and attention to detail, preserving the charm of history and the vitality of nature. The hotel hosts 21 rooms and suites, meeting rooms, Spa and Il Magiono Restaurant. It is made up of two main blocks, both organized on two levels, which communicate across a central garden open to the surrounding rural landscape.

This hotel suite consists of 80 squared meter suites together with its own personal fitness area. Wooden flooring is made from the antique wooden beams (which were not possible to reuse as they were partially damaged coming from the restoration of the roofs and different level of the buildings). The floor of the fitness area is made using an ancient “Fresco” technique used in the Roman steam baths.