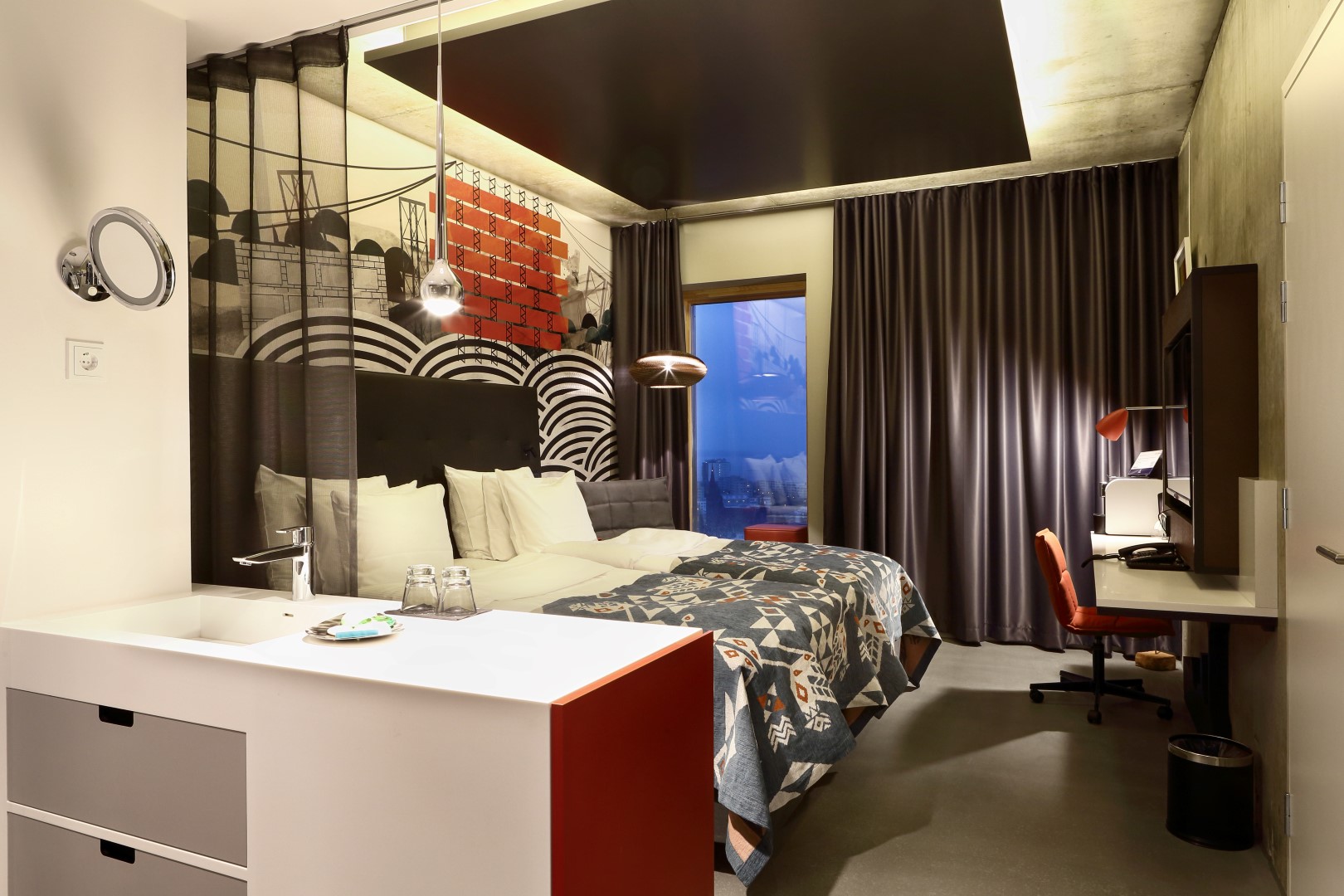 design et al are delighted to announce that Swedish designers, Stylt Trampoli have reached the shortlist for the Hotel Over 200 Rooms (Europe) category of the International Hotel & Property Awards 2015.

When Sokos, one of Finland’s largest commercial property developers, decided to open a hotel of their new Solo brand in Tampere, they needed a different approach that could assure that the hotel had a genuine local connection. Stylt Trampoli created a concept where the hotel tells the story of the city’s rebirth and transformation, and by doing so, play a role in the city’s future.

In the 80s and 90s, as industry declined, a range of creative enterprises emerged to fill the vacuum, and Tampere today has a vibrant music and arts scene, as well as a strong literary heritage. The city’s journey from industrial to creative production is used to anchor the hotel to its location.

Hotel Torni Tampere rises out of the old locomotive sheds in the city centre – a proud symbol of rebirth. The sense of place is evident everywhere you look. Local creative forces have been invited to put their own mark on the hotel, for example in the restaurant, where guitars belonging to well-known bands adorn the walls, and the menus are made of old vinyl record sleeves.

The rooftop bar, is designed to be as welcoming as a pub and as egalitarian as a city park, while also being as stunning as any metropolitan sky bar.

The entire 17th floor is given over to a creative lounge which is open to anyone, from near or far, in need of an inspiring place to work. There is also a library, dedicated to Tampere’s literary heritage, from which guests may borrow during their stay. The hotel is home to the largest commercial art gallery anywhere in the Nordic countries, with over 300 artworks by 22 local artists.