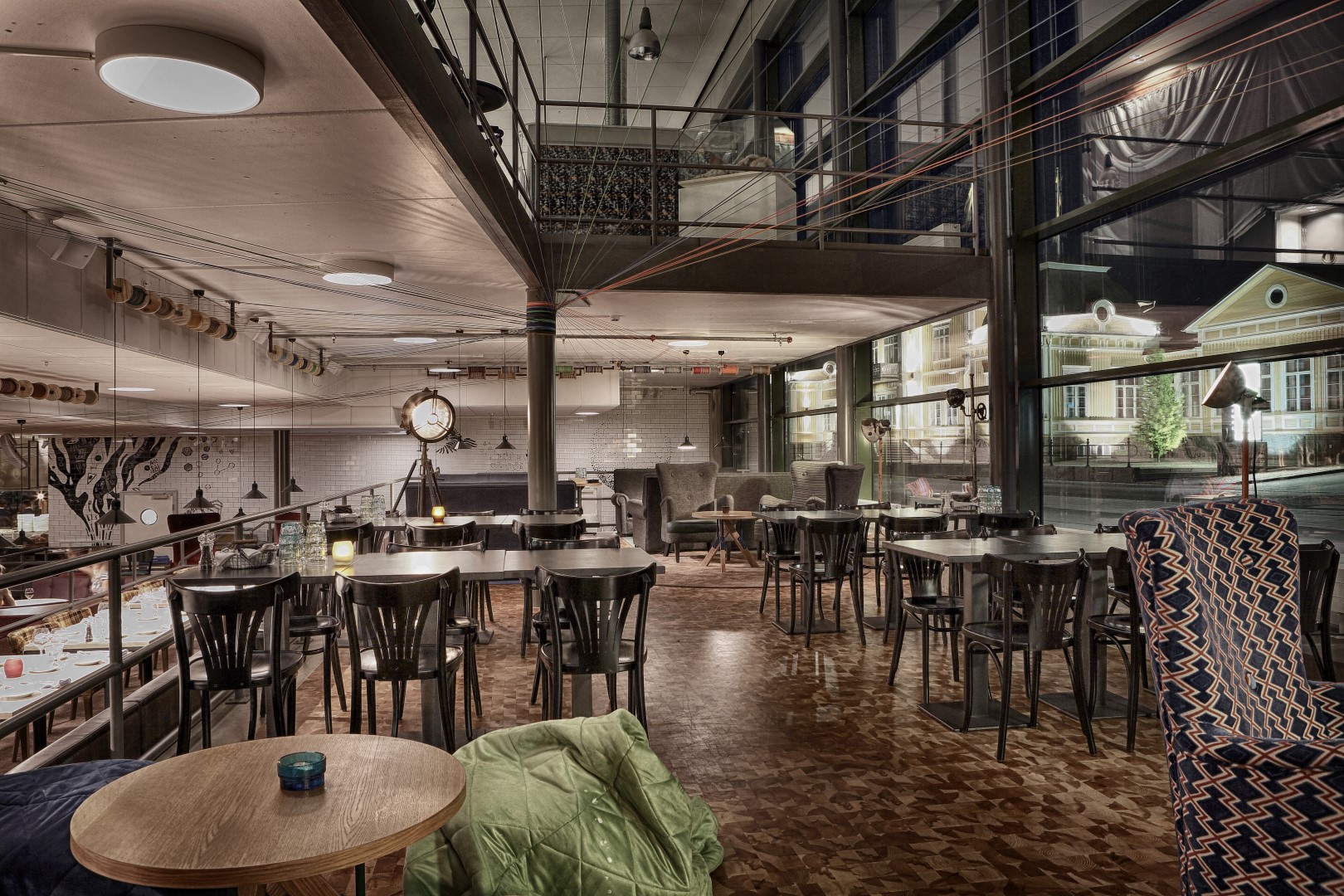 The small Swedish town of Borås, some 60 kilometers east of Gothenburg, has a long history of textile manufacturing. The town was incorporated in 1621 expressly for the purpose of providing a marketplace for travelling pedlars – many of whom carried the fabrics, sewing cottons, pins and needles that became the business of the town. By the 19th century, Borås was home to several important cotton spinning and weaving factories, and during the 20th century the town was the undisputed centre of the Swedish textile industry.

The textile industry crash in the 1970s caused several decades of decline, but lately, in the years since the turn of the century, there have been signs of life – the Borås College of Textile Science leads the way, and many mills, textile engineers and craftspeople have found new applications for their skills. Today, Borås’ design and fashion businesses are once again on the rise.

Simonsland is a creative centre located in old factory buildings right by the river Viskan, whose current has powered textile mills for centuries. The purpose of the centre is to consolidate and make visible the activities and initiatives that are once more animating “Textile Town”, and to encourage the creation of a national meeting place for the textile and fashion industries. Home to several of Sweden’s leading textile training and education programs, as well as the Borås Textile Museum, and two business incubators among other things, the centre comprises collaboration spaces, conference facilities, classrooms and other teaching resources, student accommodation, and of course a centrally located bar and restaurant – The Company.

Stylt Trampoli drew on the rich industrial heritage when creating the concept for The Company Café, Bar & Restaurant. The result is a central meeting place where students, teachers, mentors, designers, engineers, investors, interested locals and visitors from far and near can come to eat, drink, create, innovate and discover this vibrant area, and Borås itself with all its history.

The Company is truly in the business of “Manufacturing Togetherness”, and out of that togetherness, one of Sweden’s most dynamic and innovative regions is being created out of the ashes of the old.  The interior features, among other things, Stylt Trampoli’s hand-drawn graphics, painted on tiles and printed on staff uniforms, takeout packaging etc. The design seeks to portray a place, its history and its future potential, and by doing so creating a portal to a town, a region, a history and an industry, both for local and visitors.