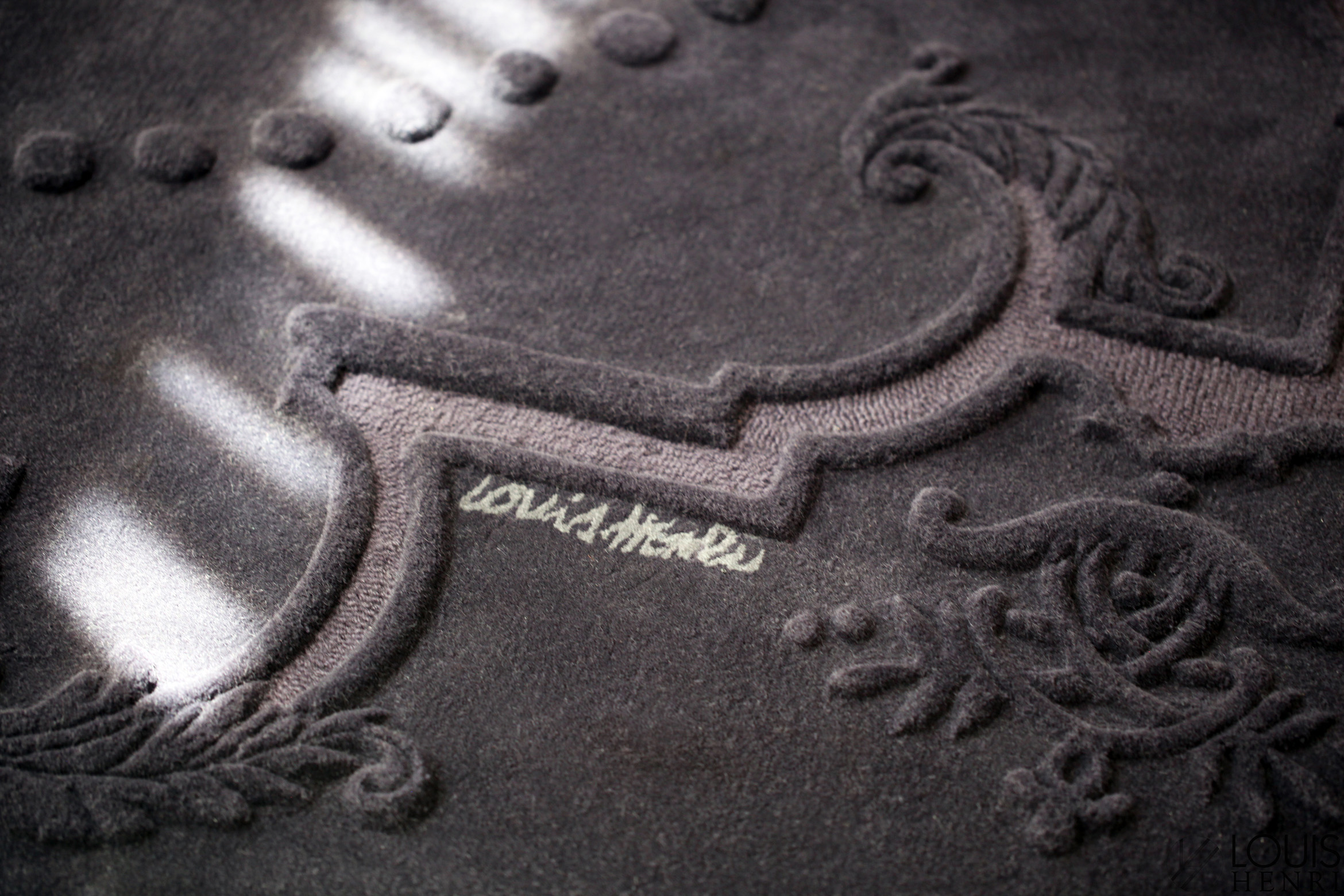 Louis Henri, have been short listed again for the Flooring – Carpets / Rugs award in the International Product Design Awards 2013, with a piece from their new Kimberley Collection, the Theodore rug.

The Théodore rug was inspired by the intricate plaster moldings found in grand Parisian apartments. Designed to bring a subtle classical element to a very modern city penthouse, the piece makes a strong statement, with its bold shade and unexpected shape.

Handmade of 100% wool, the rug features high-relief carved and low looped details, from ornate scrollwork to less serious polka dots, all of which combine to create a unique look.

The rug’s designer, Louis Henri, says “the Théodore means that, even in a 38-storey urban apartment building, your interior can still have an unexpected element of classical glamour.“

As of Summer 2013, the Théodore rug has just been unveiled as part of the Louis Henri Kimberley Collection, to be launched later this year.