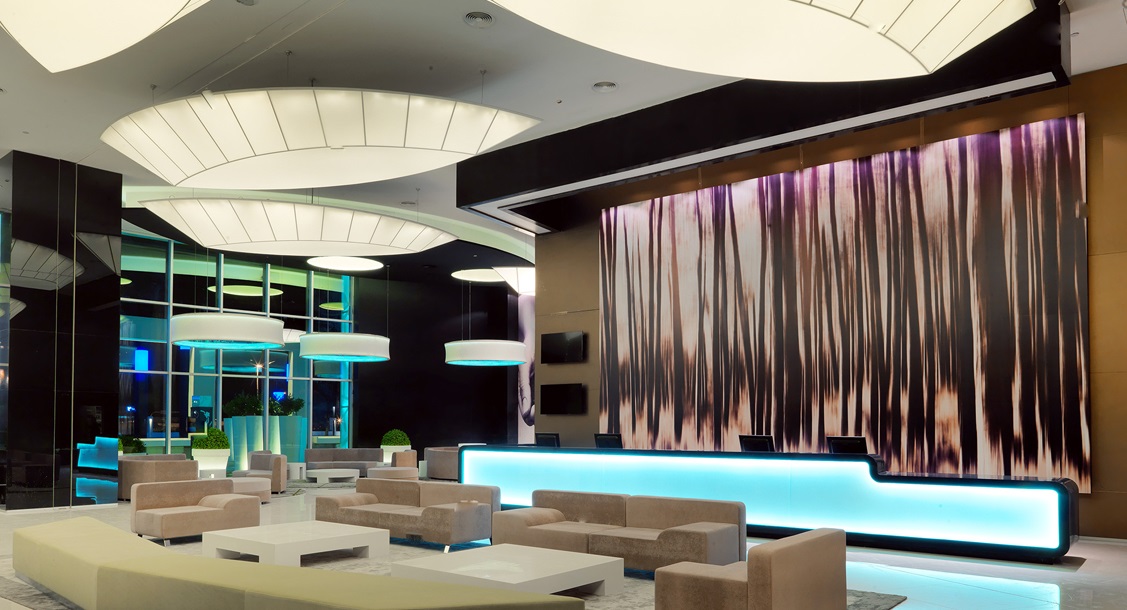 Tarh Va Afarinesh: Shortlisted for the Global – Hotel Over 200 Rooms in the International Hotel & Property Awards 2016

design et al are delighted to announce the successful shortlist for Tarh Va Afarinesh for the Hotel over 200 Rooms Award in the IH&P Awards 2016.

As the first airport hotel in the country, IKIA hotel is developed on a land plot of 27’000 m2 opposite to the main passenger terminal of Tehran’s Imam Khomeini International Airport (IKIA). The project is a part of the newly developed airport cities positioned 35 km to the southwest of Tehran adjacent to Tehran-Qom and Tehran-Saveh highway.

The hotel is designed as a cluster hotel inclusive of a 3-Star hotel with 196 rooms and a 4-Star hotel with 296 rooms making a total area of nearly 55’000 m2. The two hotels have common service areas, but separated guest and public areas; yet the public areas are connected through a corridor linking the two lobbies. The building consists of 12 levels including 2 basements for parking, service, and back of the house areas; two levels for public areas, including lobbies, coffee shops, ballroom, multi-purpose meeting rooms, crew lounge, playground, and separated health centres for men and women; a mezzanine for service and admin areas; and 7 guest floors.

The guestrooms and suites are designed as per standards on an international hospitality group.