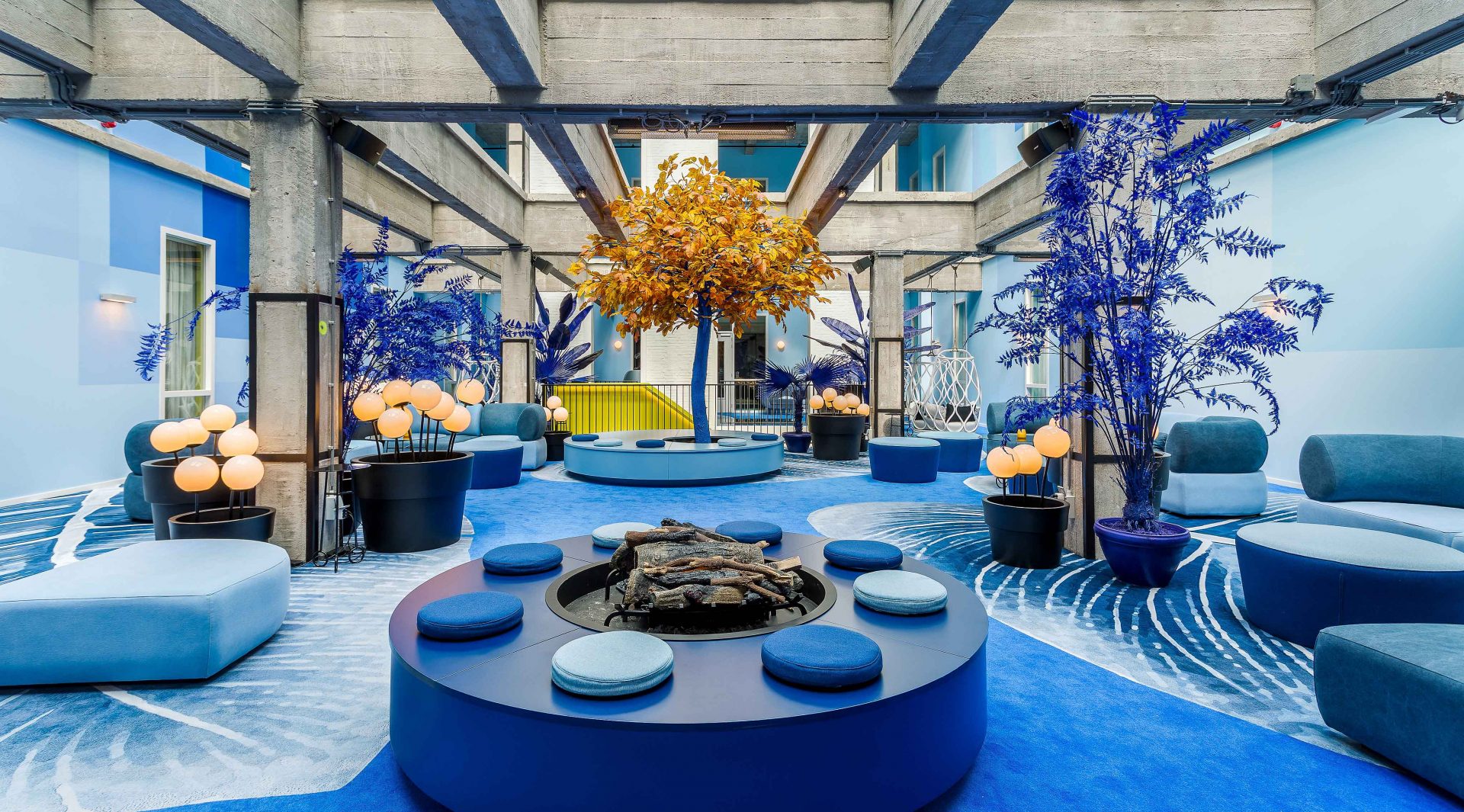 design et al are delighted to announce that Teresa Sapey Studio has been shortlisted for Hotel Over 200 Rooms – Europe Award in The International Hotel & Property Awards 2019.

Bruno is more than a hotel: it’s a journey that you will not want to leave, full of unique experiences.

Room Mate are known for designing hotels that show their visitors and customers part of the city they are in, through their own story. In this case, Bruno is a sailor from the Dutch West India Company, who wants to show you this building and introduce you to Rotterdam’s history and heritage. Using the trips of the 15th century to Asia as a reference, the design by Teresa Sapey Studio has been created from elements such as the Spice Route to the Indies and merging them with more traditional aspects of Dutch culture such as the houses of Delft.

In this hotel, clients will find something more than a lodging house, they will live an experience that transports them to another era. The historical elements of the building have been respected to reinforce the feeling of heritage, exploration and the original use of the buildings. Teresa Sapey Studio have converted and refurbished this stunning old spice warehouse into a 4* hotel that offers customers a unique and indelible journey.

The concept of the design by Teresa Sapey Studio has been influenced by three key elements: the spices, which embody the heritage of the building and site, telling the history of this amusing city; the warmth of Spain, its sun, people and culture; and the bright colours of the De Stijl movement. The yellow palette evokes saffron, sun and Albero; the oranges represent cinnamon, nutmeg and Spanish citrus fruits; blues are used to recall the sea, the sky and the air.

Teresa Sapey Studio designed the main entrance to great the traveller with a tulip stand and a classic giant Delft houses. Once inside, the reception has a heavy industrial allure, which is noticeable and can be seen in its concrete beams or steel grid roof. The constellations patterns that appear throughout the interior design serve as a guide for travellers through the hotel as they did in their day for the sailors. The warm colours give a welcoming aspect to a reception that is divided into several environments so the traveller can enjoy the freedom of movement and feeling lounge.