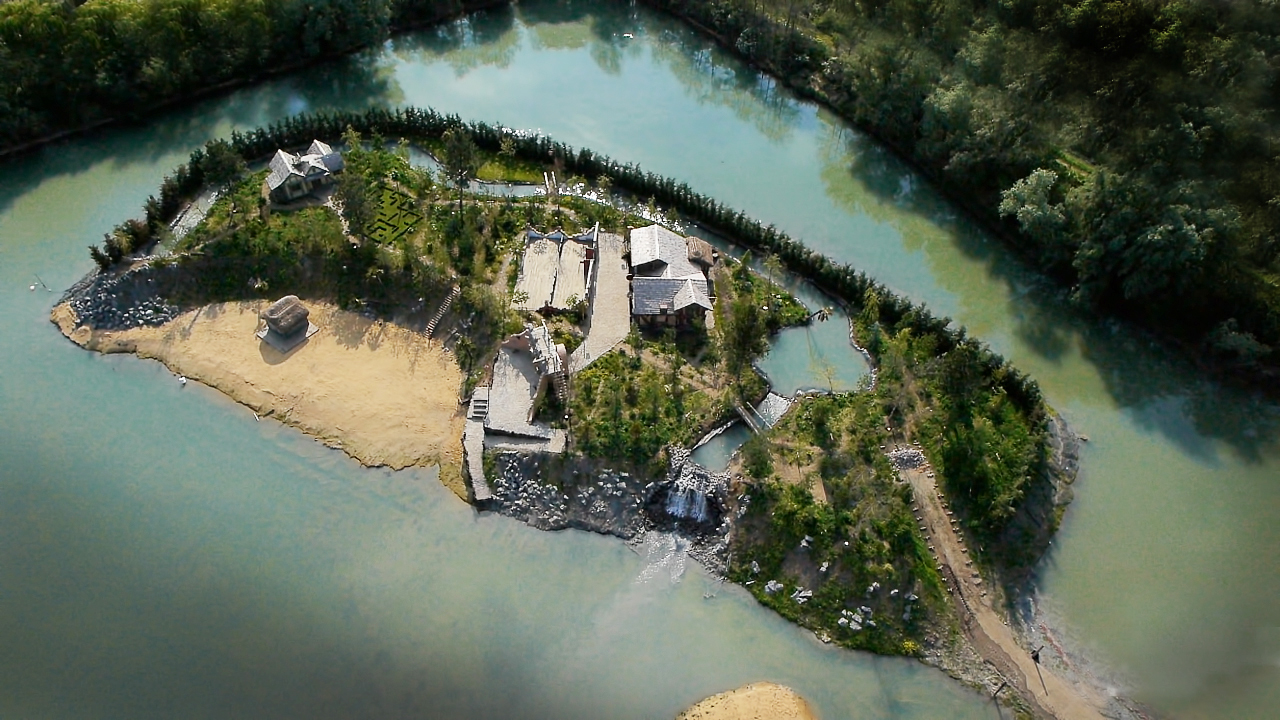 The Master Wishmakers have been short listed for the Residential Property Europe award in the International Design & Architecture Awards 2013.

The project is an 18th Century style pirate island built in a former polluted lake on a 60 acre estate.

The client had had a life-long affinity with pirates since he was a child. He inherited a 60 acre estate from his late grandfather on the promise that he’d create a legacy from the lake – a former polluted gravel pit – in his honour.

The client had a very simple brief: to create an 18th century pirate island that will send all who visit it swashbuckling back in time. It had to include a primary residence, a working pub, a dock, a river, a waterfall and a beach. “We were very lucky in that complete design imagination and control was handed to us and for this we thank our client.” explains the designer.

The favourite aspect of this project can be had by standing on the main street after docking on the island. To your left is Dead Man’s Deck – a sun deck – which has been constructed to replicate a ruined military barracks. On your right is The Black Doubloon Pub. You truly feel as though you’ve been transported back in time and you do feel slightly odd wearing modern-day clothing.

The design works so well because although everything you see and touch is completely new, you really do get a feel that the buildings have been around since the 18th century. It’s a very successful juxdaposition. Secondly you feel delighted when you take in all of the details. Not only is it aesthetically pleasing but you’re also encouraged to touch as the buildings are hand carved from European Oak and Douglas Fir – there’s no plastic theme park trickery going on here! The other features are all real stone having been built by our stone masons.