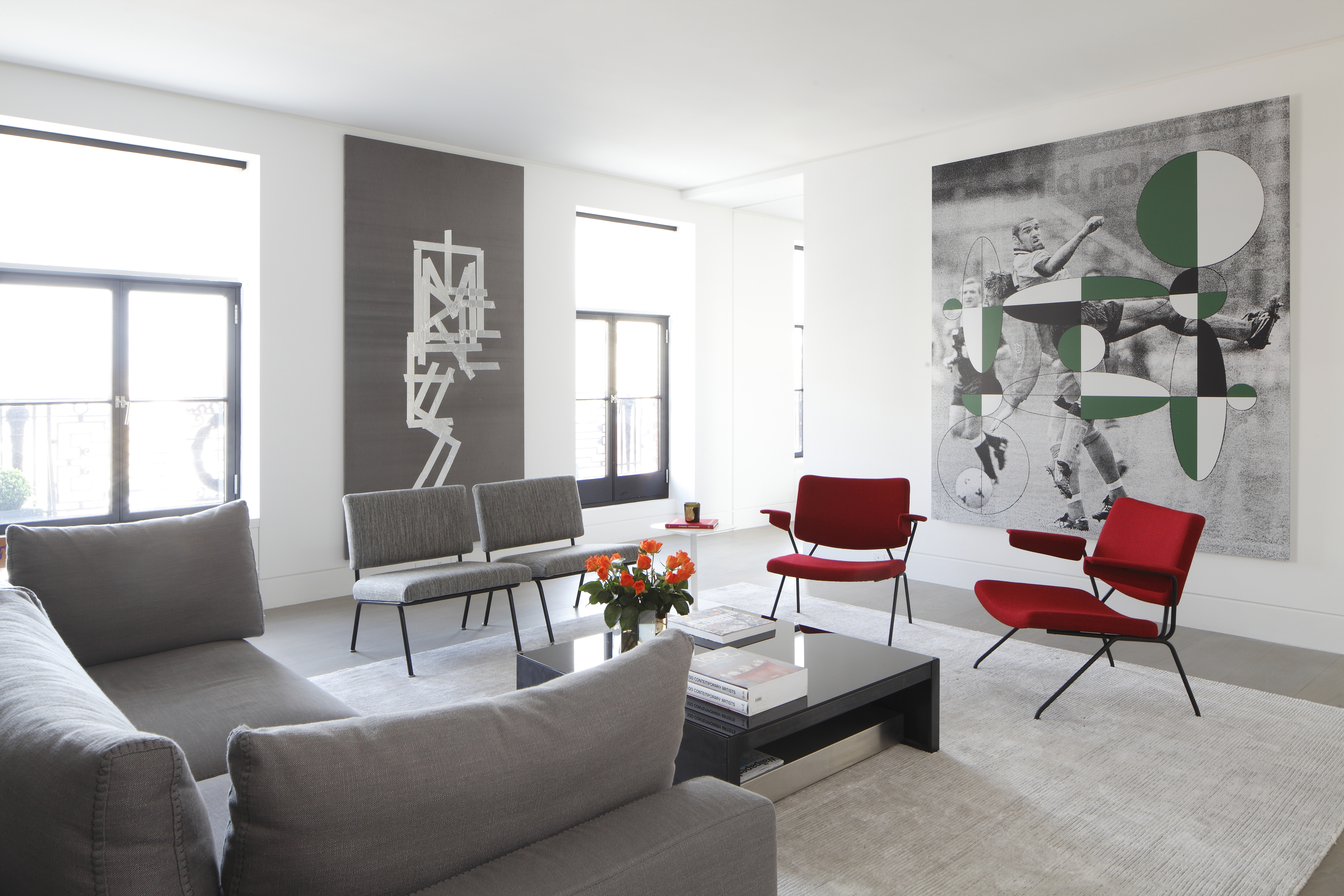 design et al are delighted to announce that TLA Studio have been shortlisted for City Space – Apartment/Penthouse Award within The International Design and Architecture Awards 2017.

The Mayfair Apartment project designed by TLA Studio, involved the complete refurbishment of a tired 2 storey maisonette/apartment within a listed building in Mayfair to create a sleek, modern space. The brief was to completely refurbish the existing apartment which had not been touched for many years, to provide a minimalist London pied-a-terre for a young family with two children, also accommodating some of their art collection. The cellular room arrangement was replaced with a light open plan living space on the lower level, leading through to the living/dining/kitchen and stair hall which takes you to three double bedrooms. The master bedroom has a marble en-suite bathroom and a second marble bathroom is shared by the two further double bedrooms. All the detailing has been carefully considered; a modernist white and grey provides a foil to the furniture and art pieces that occupy the spaces.The client requested seamlessly integrated gallery standard climate control, comfort cooling, to the spaces which posed a challenge to the design and construction teams. The apartment is situated within a Grade II Listed Edwardian stone-faced mansion block.

The designer’s favourite aspect of this project was said to be the pureness of the space and the cool new staircase that has been created to link the two levels. As the apartment is a very private space, TLA Studio do not believe it does integrate into the wider environment. However, the style and mood of the spaces could be seen to coincide with the current mood of classic and contemporary minimalism/art gallery aesthetic that is so often portrayed in publications such as Wallpaper* magazine. The specialist metalwork for the stair balustrade and the artisan skills would be the fabulous marble work of Carrara.