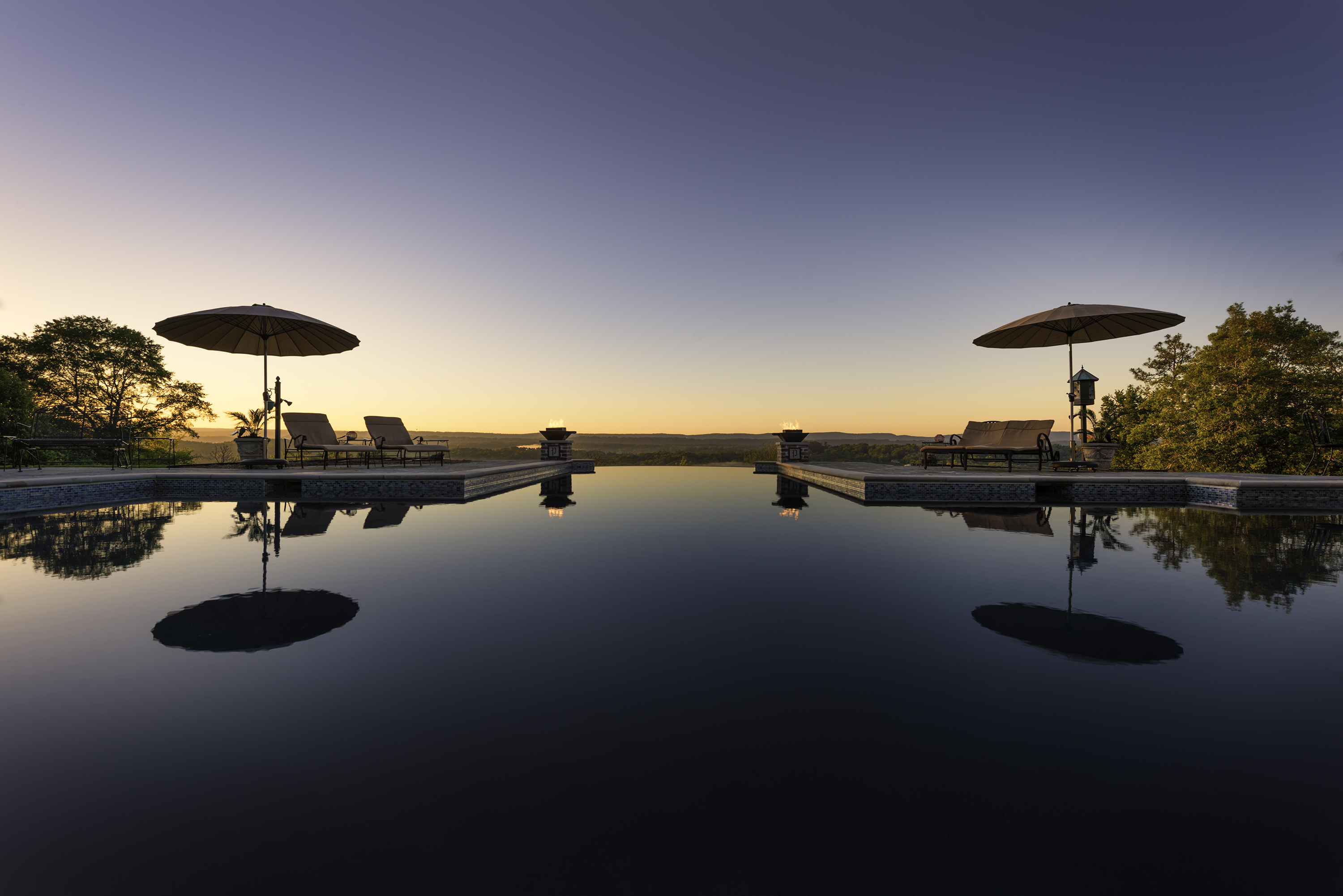 Congratulations to Vickers Pools of the Southeast Inc. shortlisted for Residential Swimming Pool Award in The International Design & Architecture Awards 2017

design et al are delighted to announce that Vickers Pools of the Southeast Inc. have been shortlisted for Residential Swimming Pool Award within The International Design and Architecture Awards 2017.

This amazing freeform vanishing edge pool combines both straight line and radius design, accompanied with fire-pots to frame the vanishing edge detail. The Longleaf Estate was first built during World War I by E.J. Bissell, an elite member of Birmingham’s original founders who were key in the early development of the city. The historic property was purchased a few years ago by Dr. Robin Pruitt Jr., a successful dentist and owner of the Capstone Dental School. Dr. Pruitt and his wife Kelly contacted the Vickers Pools of the Southeast office to complete a design for him.

The original pool was first removed as well as the surrounding shrub line and trees which blocked the perfect sunrise view. After three months, a design was created and instantly accepted, without augmentation the designers began construction. In the early summer of 2015 Vickers Pools of the Southeast completed the project and turned it over to the family. The original antique blue stone had been meticulously removed, cleaned and reused so that the colour consistency of the deck was maintained. The radius tanning ledge, which previously held the original diving board, now balances the radius vanishing edge which itself appears to reach out into the sky.

The exterior of the home is completed in Bessemer grey brick. This brick was manufactured locally at the time of the home’s original construction and was supplied all over Europe and the United States. Having been discontinued for over 75 years, Jason Vickers and his team successfully tracked down the highly sought-after brick to face the vanishing edge basin and fire pot columns. Limestone matching the house was selected for the pool coving and excellently detailed reclaimed brick column caps. Handmade copper trays frame the limestone blocks that were engraved with the initial of the family name. Custom copper fire pots crown the columns and frame the vanishing edge detail. A steel blue quartz finish is combined with the exquisite glass tiles used on the water line edge overflow and face of the weir wall. The LED lighting and fire have been used to accentuate enjoyment while entertaining or relaxing with friends and family. Master craftsmen and engineers were used in all aspects of construction and design.

The designer’s favourite aspect of this project is said to have been the balance of the pool alongside the sheer magnitude of the estate and its grounds. The design succeeds by maintaining the historical integrity of the finishes, integrating the water-shape design perfectly with the home. The vanishing edge placement framed by the copper fire-pots, creates a window which the client can view the sunrise and stunning mountain vista each day.

VICKERS POOLS OF THE SOUTHEAST INC.