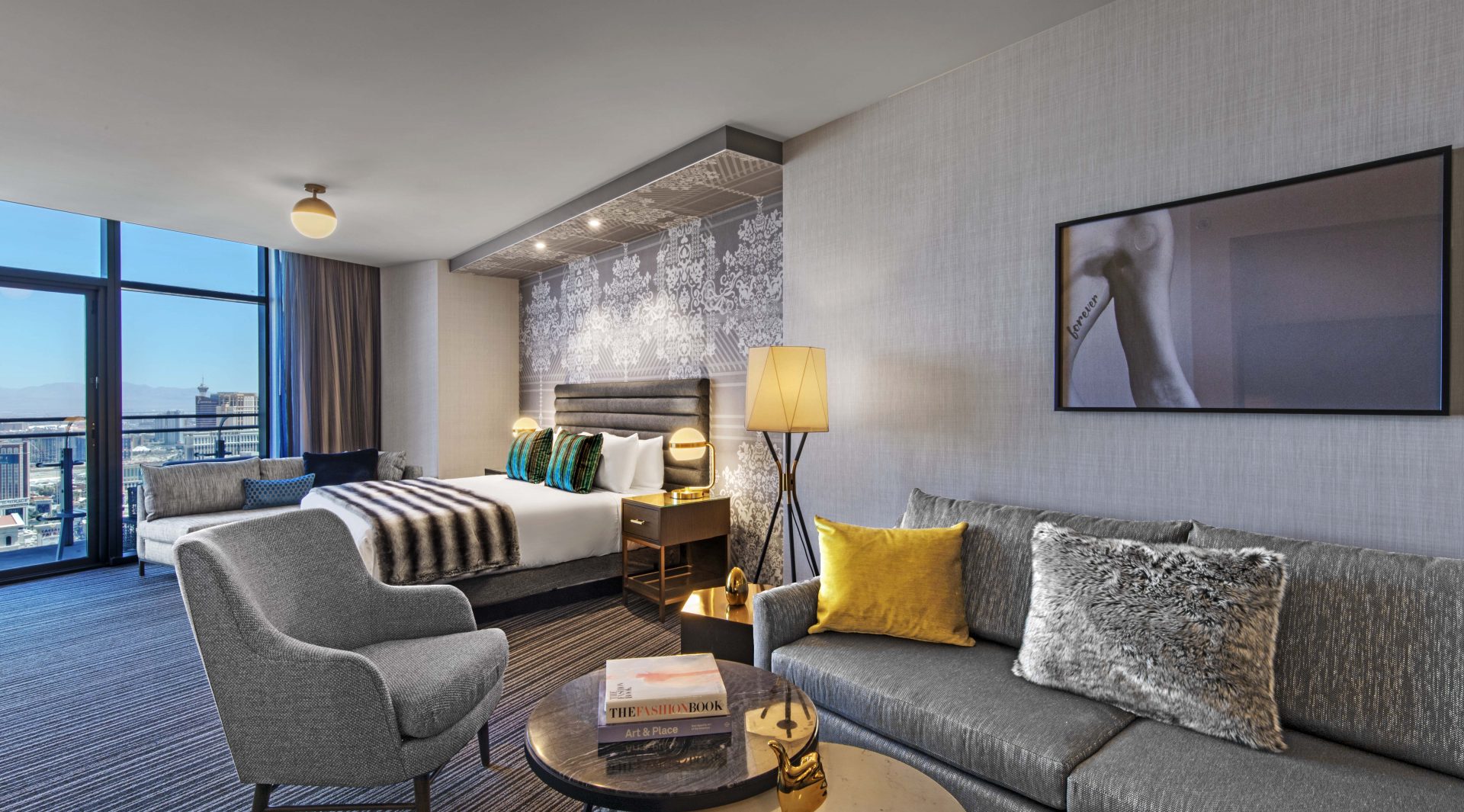 design et al are delighted to announce that Virserius Studio have been shortlisted for Hotel Suite – Americas & Caribbean Award in The International Hotel & Property Awards 2019.

Virserius Studio was secured for the design overhaul for almost all of The Cosmopolitan’s guest suites, one of the largest undertakings on the Las Vegas Strip in recent years. The goal was to re-energize the design and set The Cosmopolitan Las Vegas apart from all others on the Vegas Strip. The idea was to play with the Cosmo slogan, “Just the Right Amount of Wrong,” by coming up with different ideas of what that could mean. Virserius Studio wanted to introduce playful elements that straddled the fine line between too little and too much, pushing the envelope but only just so.

A challenge was the fact that this was a very large project – 3,000 rooms – so the magnitude of the project was significant. Also, there were certain existing conditions that studio had to work around. However, Virserius Studio worked very closely with architects and owners to make sure what worked in concept also works in its realization.All the pieces were custom made and incorporate bold concepts. The colours used are subtle and sexy; the designers used a lot of jewel tones to evoke a sense of luxury. The furniture is very sculptural and define the rooms. There is a canopy over the headboards for example, that has a custom drawn damask pattern by Virserius Studio and takes up the entire wall, creating a room within a room.

Each image in the rooms represents a theater stage featuring a select set of players. Art played an integral role in the bringing the rooms to life. Virserius Studio’s art consulting arm, Imaggo Productions, employed numerous special techniques to bring edge and sophistication to the art pieces, which in turn elevated the room, giving them both depth and whimsy.

The concept completely engages the guest’s mind, inviting them to wonder. The design works so well because it is not obvious, no thought is incorrect, all interpretations are welcomed.